In search for my Swedish Roots

Description: The text is based on my own genealogy trip and interest in discovering Swedish Heritage - finding my roots

Visit by Second cousin from the US.

“My Swedish Heritage stories” is a personal journey into stories of the past and to reconnect to Sweden. It has been a special year in my search for my family roots.  My siblings and I, established contact with a second cousin living in Boston and she came to visit. To get to know a person for the first time but still feel a connection and share common stories, was a bit like magic.

Our common ancestry is European, not Scandinavian. Nevertheless, her visit gave me a push forward in continue to search for my Scandinavian roots and Swedish Heritage stories.

During her visit we went to “Emigranternas hus” – the House of the Emigrants.  This is a fantastic little museum and exhibition, right  in the harbour of Gothenburg.  I decided that I wanted to explore some stories I had picked up from my father and the relatives I had found during my ancestry journey.

Finding my roots in a top modern country.

As a child I was brought up with stories of different migration identities and stories . It was not easy to figure out and differentiate facts from fiction.  Many years later I realised that finding my roots was a pursuit to understand Sweden. Above all, to find and reconnect to my Swedish Heritage stories which I had lost along the way. The many lost heritage stories are due to my  father´s and his family´s quest to break away from the old. For instance, as a child I definitely I learned more about other countries than about Swedish living history. However. I had heard some stories  from my father and my paternal grandmother. I know that my father as a child visited farms in the areas of  Laholm in Halland and Tidaholm in Västergötland. 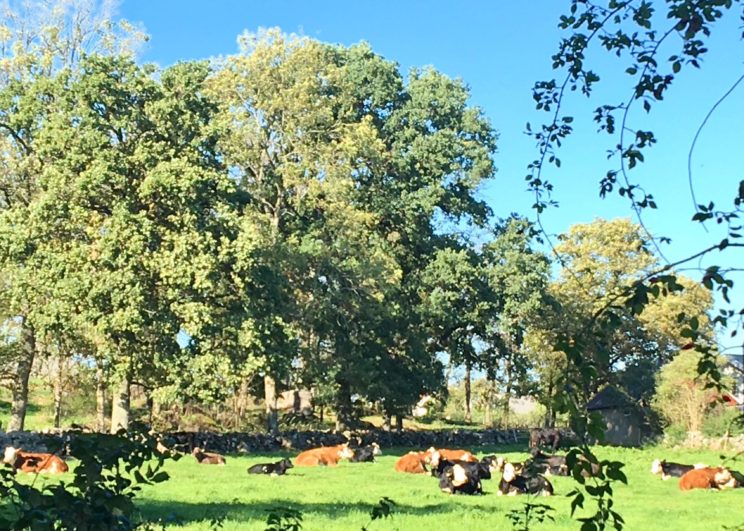 Many of family stories were all connected to Gothenburg .  My  father´s closest relatives  seemed to have ended up in or around Gothenburg. This is not surprising considering the importance of the second biggest Swedish city  for the Swedish migration history.

My family seemed to have followed the stream of millions of others, left their “home villages ( hembygd) ” and started a new life in a new country or in the “new Sweden”.

The starting point to follow my southwest Swedish roots was the county of Halland . This is where my great-grandfather Oscars Leander was born on a farm in the inland of south- west Sweden.  A farmer´s boy who made it in the big city and did not look back.  Perhaps the poor ties to the home village lies in the story of the  big outflux of young people from Halland.  Of the  1,4 million Swedes emigrated to the US between 1840 and 1930, the largest migration per captia came from the county of Halland. People left and most never came back.

Seemingly, the coast towns in Halland, many of them in the midst of industrial growth, could not absorb the many you people from the countryside looking for work . Young people left the beautiful landscape of their home region for the big city Gothenburg, for the US but also for Denmark,  Norway and Germany. 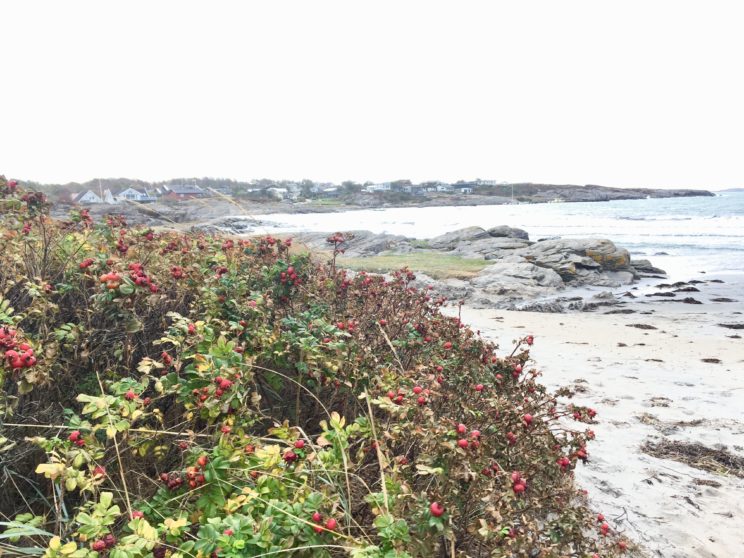 Meeting the custodians of Swedish countryside history, the locals

I made my first stop in Körsveka and stopped at a farm hosting a big sign “loppmarknad or  Loppis” ( Swedish flee-market ). I walked in and a whole entire barn was full of old furniture or items.

The Körsveka visit turned out to be a real treat. Tore the owner was a keen local historian and had since childhood researched the history of his own family. He was knowledgeable and had many stories to tell.  Tore collected antiques from the villages and farms around Körsveka. He told me that he had helped some Americans looking for their roots in Halland to find treasures from the places that their ancestors originated from. He also showed me the farm museum he had built over the years, a shrine and historical document over the people that worked the land, those who emigrated and those who stayed.

Once back home I contacted Tore again with some more details of my own ancestors. I hoped he could give me some information on my great-grandfather Oscar Leander Johansson. Surprisingly I was lucky and hit the jackpot.  It turned out that we were related to each other.  He promised to show me the farmsteads that our ancestors had run once upon a time. I am hoping that on my next visit  to find some antiques at his Loppis that I can take home as I am reconnecting with my own roots and the Swedish past.

Some facts about south west Sweden and Gothenburg

Sweden was up until the mid-18th centaury to a great extent an agrarian society with local trade. Southern Sweden had from the 17th century and onwards delivered stock, household items , machinery and tools to the rest of Sweden. Gothenburg was early on an important hub for trade and maritime sector. Perhaps not surprising as it was the  second biggest city in Sweden . The city attracted  young people migrants looking for job opportunities  in the big city or at sea. Gothenburg was a real hub for migrants  looking to take one of the many boots over to the UK and ultimately to the US.

Some facts about Swedish Loppis (Loppmarknad).

Loppis is the usual Swedish word for a flea market. A loppmarknad is a meeting place. Locals sell second-hand items and crafts at bargain prices.  In Sweden, we like to shop second-hand items. However,  we do not have antique shops like in other countries.  The popular flea markets offer good prices and eco-friendly shopping.  As you travel around in Sweden you will find an abundance of  “Loppis  or second-hand shops ( the latter are traditionally run by a congregation).

Halland, a gem near Gothenburg worth visting.

I have since my first journey to Knäred been back to Halland several times. It is close to my hometown of Mölndal. The region has wonderful nature.  It is definitely worth a visit  with nice beaches, nature reserves, small countryside rural destination and to find bargains at a loppis. 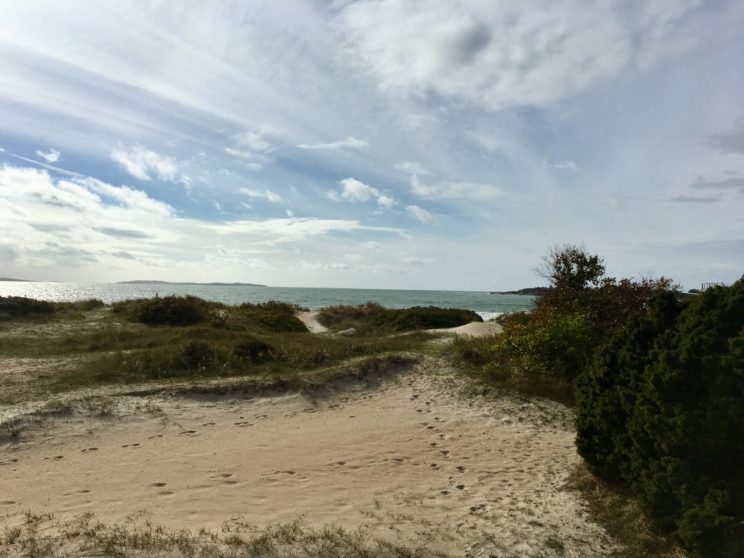