The many major landforms in Sweden – “Dalformation”

The wonders of Dalsland, a West Sweden region and landscape with golden nature treasures

Description: The wonders of nature in Dalsland, a short presentation from someone who is not an expert

The geological, heritage and nature wonders of Dalsland

“Dalformation” is a unique geological formation in eastern Dalsland.

The bedrock in large parts of Dalsland is crossed by a dense grid of cracks. Two of the “Dalformation”‘s rocks are quartzite and the liana slate (named after the nature reserve Lianefjället). These rocks are hard and resilient. The quartzite layers have remained as long, lumpy and almost bare mountain ridges, in places several kilometers long, which rise over the surrounding forest.

In the valley, in between the ridges, there are bogs and lakes. This type of landscape is called Rift-valley. It is found in several places in Sweden. Globally, it is not so common, therefore making it an unique major landforms in Sweden.

The landscape is also unique for the content of lime in the shale layers. When shale weather, calcareous soils are formed, which creates conditions for lush deciduous forests and unique flora. The presence of lime slate makes it a perfect place for plants that love lime such as ivy, privet, wild wine, dropwort, the rock cinquefoil and early purple orchid. 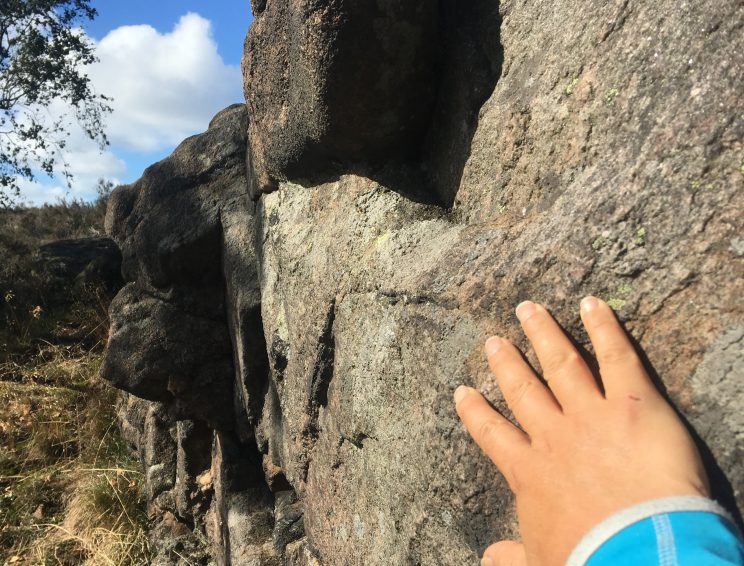 The many nature reserves, a national park and stunning nature sites

In the “Dalformation” area you can find several nature reserves which offers great hiking and fishing, as well as the possibility to study the geology and flora.

The mountain Ranneberget nature reserve and the lake Ragnerudsjöns slopes

These are are beautiful nature sites where you can get an understanding of the force of nature and rock-masses moving, creating fault slopes and responsible for the major landforms in Sweden.

Rannebergetbears traces of arctic waves that once hit the rocks and among other interesting nature sites formed Dalsland’s largest cave Jättestôva (Jättestugan). The environment around the cave is almost reminiscent of a rauk landscape.

Even though you are in a forest, it is not difficult to imagine how sea waves surged here. You can find lush deciduous forests and the area has a rich flora population.

The crack in the bedrock forming mountains/“fjäll”, such as Kroppefjäll, a nature reserve with high geological value and interesting faunas. You can hike in over 1000 hectare protected and untouched woodland.

However, there are traces a vast moorland used by humans to keep cattle and small scale forestry to provide wood to the numerous charcoal stacks running in the area. An important small scale industry for the locals as ironworks of Dalsland needed charcoals for their iron production.

One of the highest point is the Svingdalsberget, 231 meters above sea level with a stunning view of the “fjäll” landscape. Kroppefjäll is in itself a piece of rift-valley landscape.

The Skärbo area is located in a hilly forest-rich landscape characterised by its bedrock which to a significant extent consist of calcareous clay shale.

Here you can find beautiful hiking trails that takes you through a scenic cultural landscape. You will pass the small homestead Skärbo, with a history taking you as far back as to the 16th century.

The splendour of Dalsland fauna is a product of the “Dalformation”´s unique conditions. At the Ryr Peninsula, you can find wild orchid and at the Bräcke ängar or the meadows of Bräcke, you will come across Dalsland’s largest and best restored deciduous meadow. It has become a haven for many of the plants and animals of the old agricultural landscape and for humans. 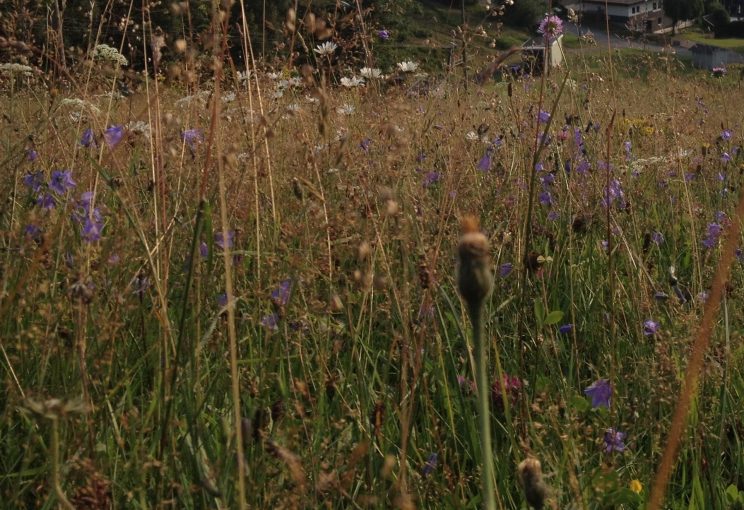 In this nature reserve you will find the highest point in Dalsland, 302 meters above sea level. The area several hiking trails with varying degrees of difficulty and length.

This is a nature reserve that is rich in flora and a beautiful forested mountain slope towards Lake Åklång. You can fish in Lake Åklång and there is a great variety in fish such as lamprey, eel, trout, whitefish, vendace, smelt, pike, bream, roach, elritsa, sarv and perch.

It is the most well-known and perhaps the one that stands out most clearly in the unique landscape of the “Dalformation” area. The area is very hilly, and the altitude varies from 50 to 142 meters above sea level.

Lakes of Dalsland, nature wonders and a paradise for canoeing and fishing

The NORDMARKEN lake system provides  mile-long, narrow lakes, which are in reality, are water-filled cracks in the rock.

Starting from Lake Vänern and upstream, the main route in the lake and canal system consists of the Svanefjord and the lakes Åklång, Råvarpen, Laxsjön, Lelång, Foxen and Stora Le. There are over a hundred campsites in the Dalsland Nordmarken lake system.

Check out their card about their nature conservation efforts. The Nature Conservation Cards gives you the right to use the services of the lake system. However, the campsites are surrounded by nature and any stay is on the nature’s terms.

The biggest lake of the nature reserve Kroppefjäll is Svingsjön. 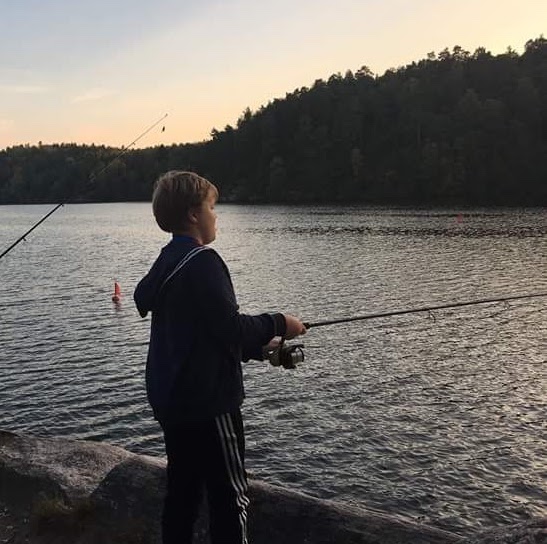 The Trestickla area is a forested wilderness region that is unusually large for this part of Sweden. Tresticklan National Park is in the Dals-Eds municipality in north-western Dalsland, close to the Norwegian border.

The Tresticklan area became a national park in 1996. It has since become a popular place around the “Dalformation” landforms in Sweden. It consists of a total of 2,908 hectares of protected land and water. 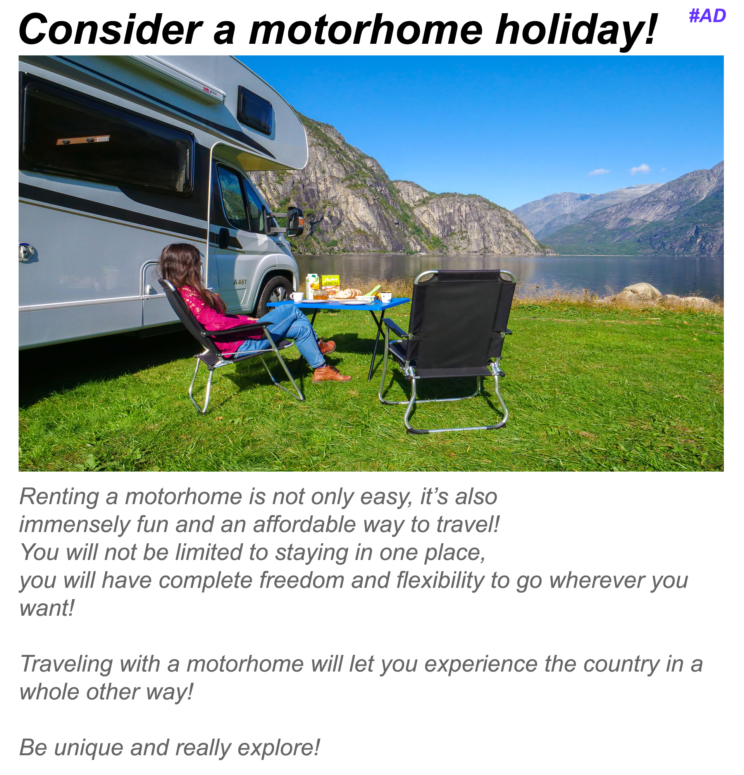