Reduce CO2 emission, and reuse everything.

This is a part of a series, click here for the introduction 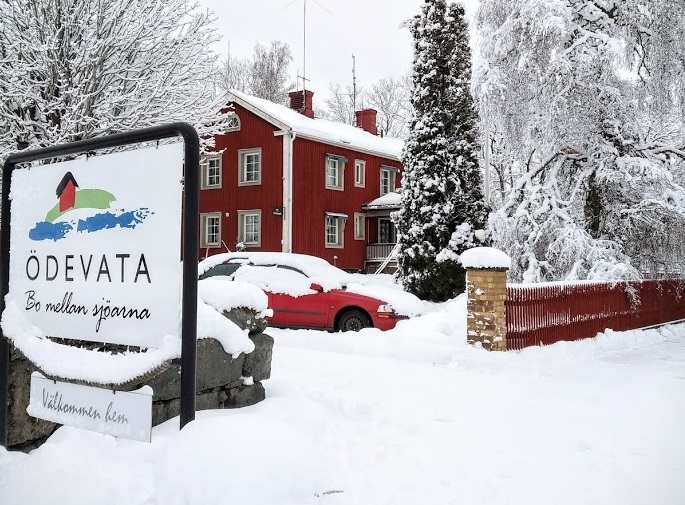 We arrived at Ödevata Countryside Hotels to look at .biochar sustainable living. We were warmly welcomed by Magnus and Malin, the owners, to this comfy B&B/hotel in the middle of the forest. They are a family run business on the countryside. With snow everywhere, since it is still winter, it appeared magical and romantic. Next day during breakfast, we found out that Magnus and Malin produce some vegetables, meat, and eggs for the B&B/hotel. The honey is from the neighboring farm. They are developing sustainable tourism as more guests are concerned with sustainability. By the way, it was a delicious breakfast.

Later, they took time to tell us more about sustainable living at Ödevata Countryside Hotels. They are deeply convinced about the need of changing our lifestyles and they actively work on it. In the end, they wanted the government to establish more sustainability policies. They started to ask themselves how to establish sustainable living, for them and for their business. They decided to focus on two main factors: reduce as much as possible CO2 emission, and reuse everything. So sustainable farming became a way for them to live sustainable on their land. 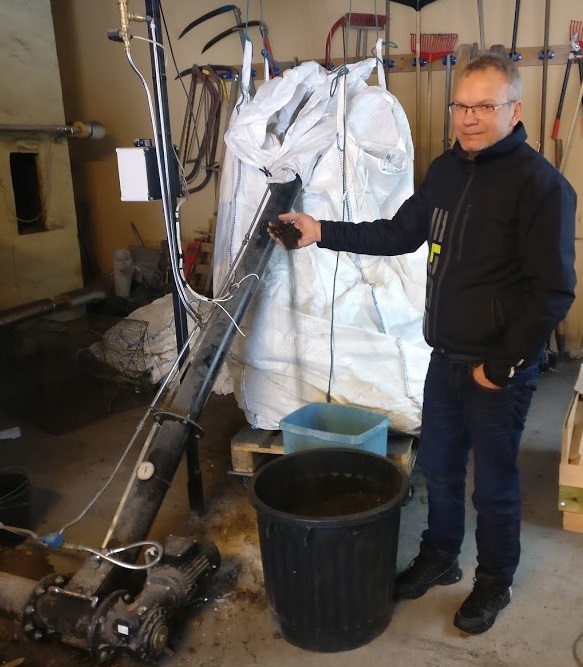 Ödevata Countryside Hotels produces biochar for the heating system that they built. This was the first time we heard about it. So we immediately asked about how it contributes to sustainable living. “I heard about biochar through one of my friends. He used to produce coal, but he wasn’t satisfied about it because the process was emitting a lot of CO2. They searched for a cleaner alternative, and when they discovered biochar, they stopped producing charcoal.” Malin explained. They believe waste could also be useful and that’s why they continuously look for new developments in sustainability policies. This guided them when they created their biochar heating system.

The heating system is easier to understand than we thought. Biochar making process is similar to
charcoal. Both are made by heating wood in low oxygen environment, so it releases hydrogen and
carbon monoxide etc. as smoke. The smoke is then directed back to heat more wood and into the
cooled char making charcoal. For biochar production, none of the smoke is directed back into the
cooled char. Instead Magnus and Malin burned the extra smoke to produce heat for the camp.

“We also give courses on how to make biochar.” said Malin. “We want to give guests inspiration to do the same (find ways for sustainable living)”. She explained that some guests from big cities, like us, don’t even know or ever thought about alternative heating systems.

Biochar is originally used as a valuable soil amendment. It is the perfect basis for sustainable farming. Malin is already using it in the soil and she told us it has yielded amazing results. 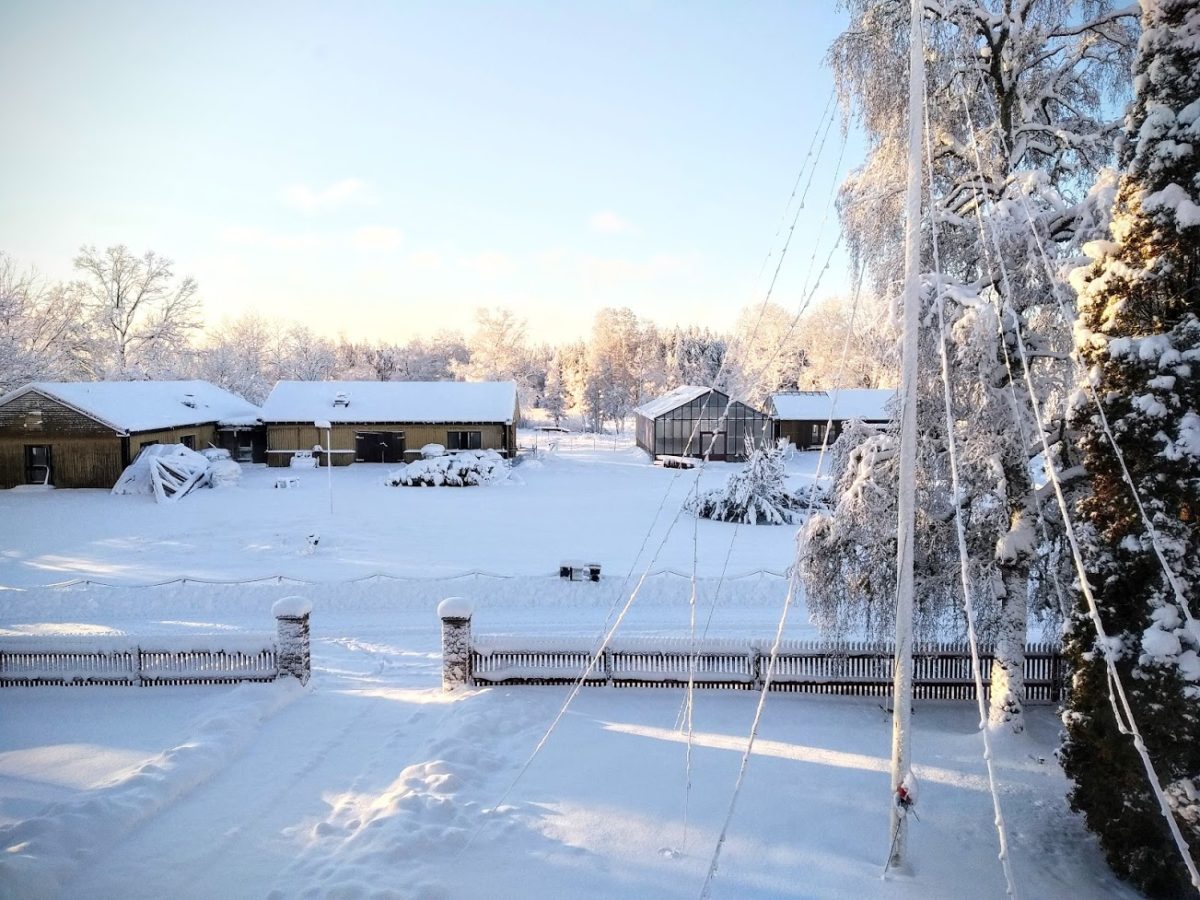 They invested in sustainable farming as a part of constant improvement to their business and to live sustainably on their land. To enable sustainable farming and living, we got a tour of the new greenhouse. In it they will cultivate vegetables using aquaponics system. They showed us where they will set up pools with fishes. The water from the pool is used to feed the plants. The plants would “clean” the water so it can be fed back into the system. “You can use the same water for 15 years” said Malin. “We might not know much, but we know there’s no future without sustainability policies in place.” Magnus added.

We learned from Malin and Magnus that sustainable living is more than recycling and reducing waste. It is also about forward active thinking and constantly finding ways to improve.

Malin recommended us to go to Hemma På Hult next. She is working with them on sustainable living and pushing for better sustainability policies. So after a couple of wonderful days, we were heading North to the area of the great Lake Vättern. Our next stop was at Hemma på Hult.