The difference between boules, bocce and petanque explained

The difference between boules, bocce and petanque

Description: Boule is a becoming more and more popular in Sweden. But what is it and where do Swedes play?

There’s a common misunderstanding of boule sports. The difference between boules, bocce and petanque explained in simple terms is that boules is petanque, even though it is wrong.

You see boule is a french word meaning “balls”. Boules is a collective name for a wide range of ball games, including petanque and bocce. Normally it involves throwing or bowling the ball.

Therefore, you only need to know the difference between bocce and petanque. The 2 games are quite similar with some differences, such as the scoring system is the same but not the techniques. 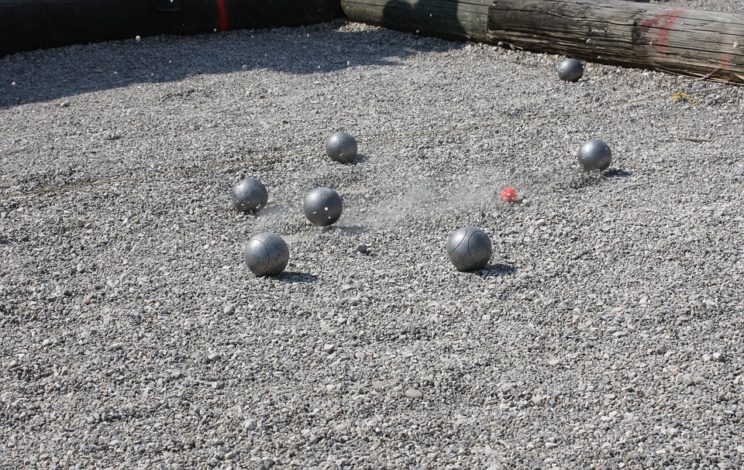 Similarities between petanque and bocce 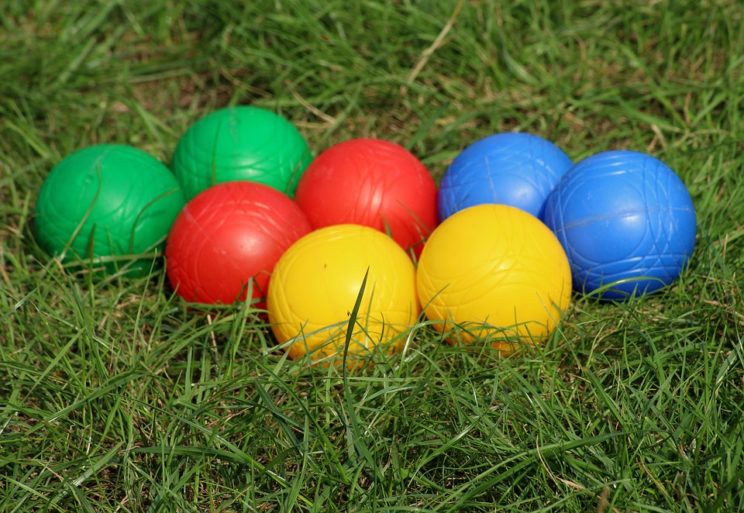 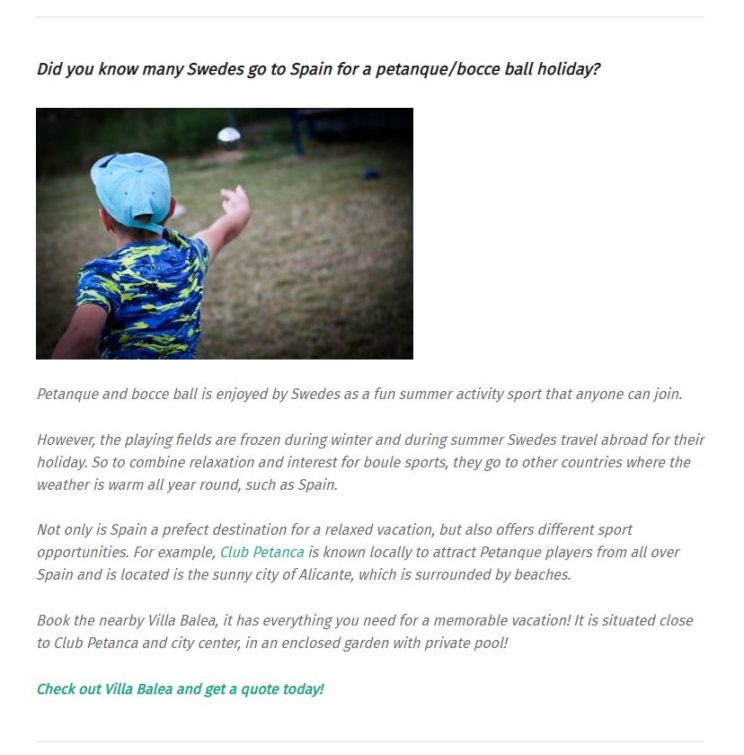 Bocce ball players also take some steps before throwing, just like bowling. However, petanque players stand still without lifting any foot and throw within a designated area.

In petanque you have 2 teams of 1, 2 or 3 players. You can play either in singles or doubles.

The balls used in petanque are smaller than the ones used for playing bocce ball. Petanque boules are around 73mm in diameter, whereas a bocce ball is around 107 mm.

The boule’s material is also different. Petanque boules are made of steel and doesn’t have colors. Competition boules are hollow but leisure boules might be filled with sand.

On the other hand, bocce balls are solid made out of wood or resin. More casual boules would be made of hard plastic and is much cheaper.

Petanque doesn’t technically require any dedicated playing area. It can be played anywhere, no matter the surface or environment. In fact, some prefer to have trees and slopes to make the game more challenging. Bocce ball, on the other hand, requires specific surface and space.

Bocce ball courts need to be smooth and flat so the balls can easily roll on the surface. Therefore, bocce ball can be played on a petanque court but not the other way around because throwing the boule can damage the bocce ball court.

In bocce ball, you are allowed to hit the “small ball”/jack/cochonnet. However, you can’t do that in petanque. If you do hit it then the game is over and the team who hit it loses. 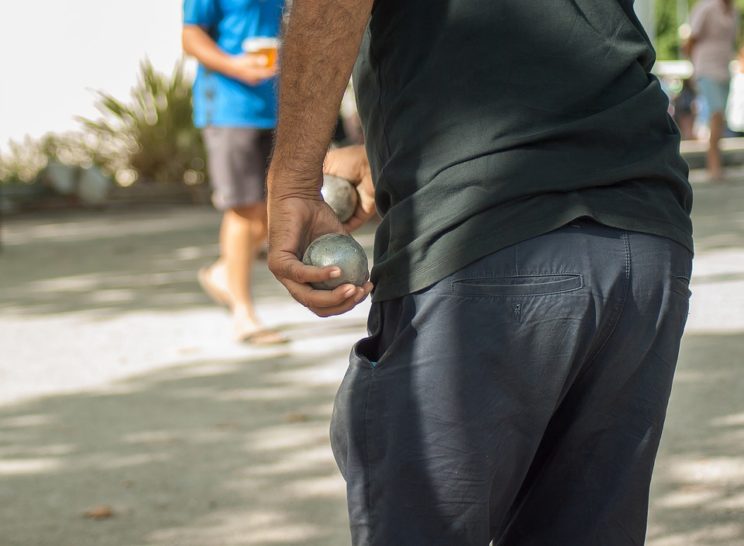 You can become the shooter or pointer

When you first start playing the game, you either become the shooter of pointer. A pointer gets the boule as close to the small ball as possible and places their boules in strategic places. A shooter aims to knock the opponents boule away and get their advantageous position.

There are many similarities between petanque and bocce. Such as, the scoring system and how players launch the boule. They are both in the family of boule sports, however, there are still some differences.

Either way, both games are very fun to play and is suited for everyone!

If you want to learn more and play petanque or bocce in Sweden it is a bit of an adventure. There are local clubs all around Sweden. As mentioned above, the climate makes it hard to play outdoors and many boule club re-opens the boule activity in the spring. The gravel field turns into a boule pitch for playing or a boule festival.

To play boule in Dalarna you have several options and local clubs arranging local boule festivals and activities in the municipality of in Rättvik.

If you spending your Swedish holiday in South Sweden you can play boule on the Swedish West Coast or in Småland.